Voting has been closed for all exhibitions. Thank you for participating! 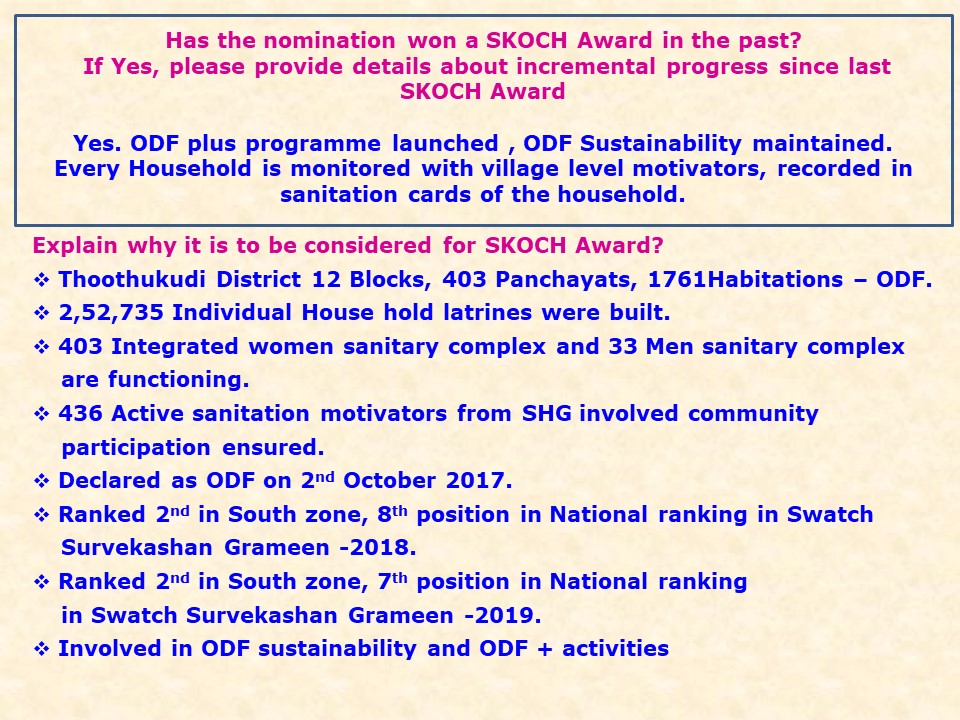 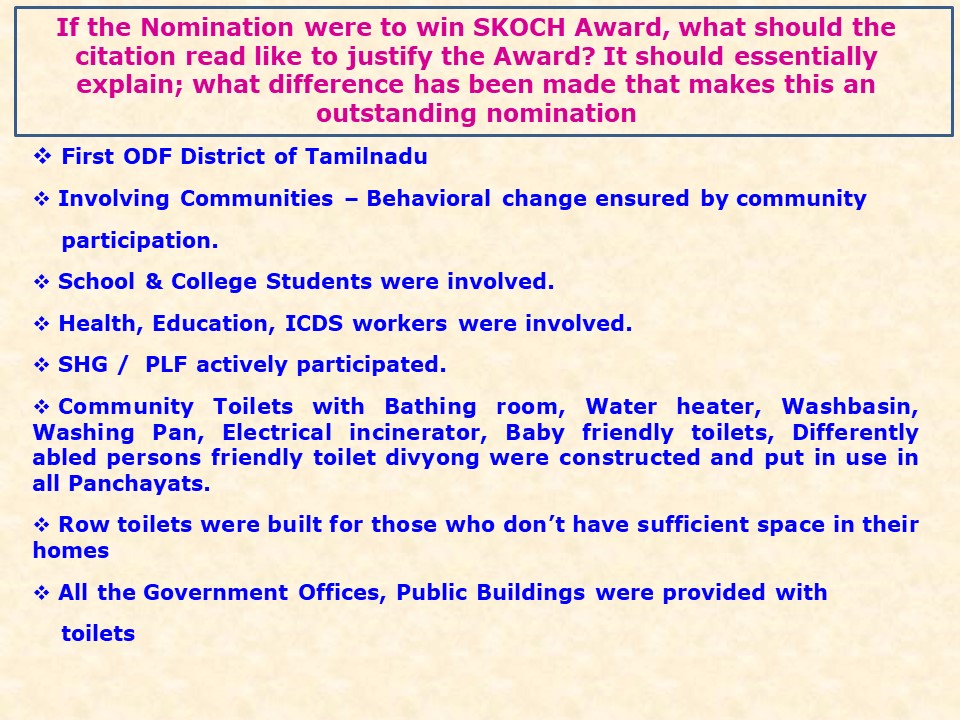 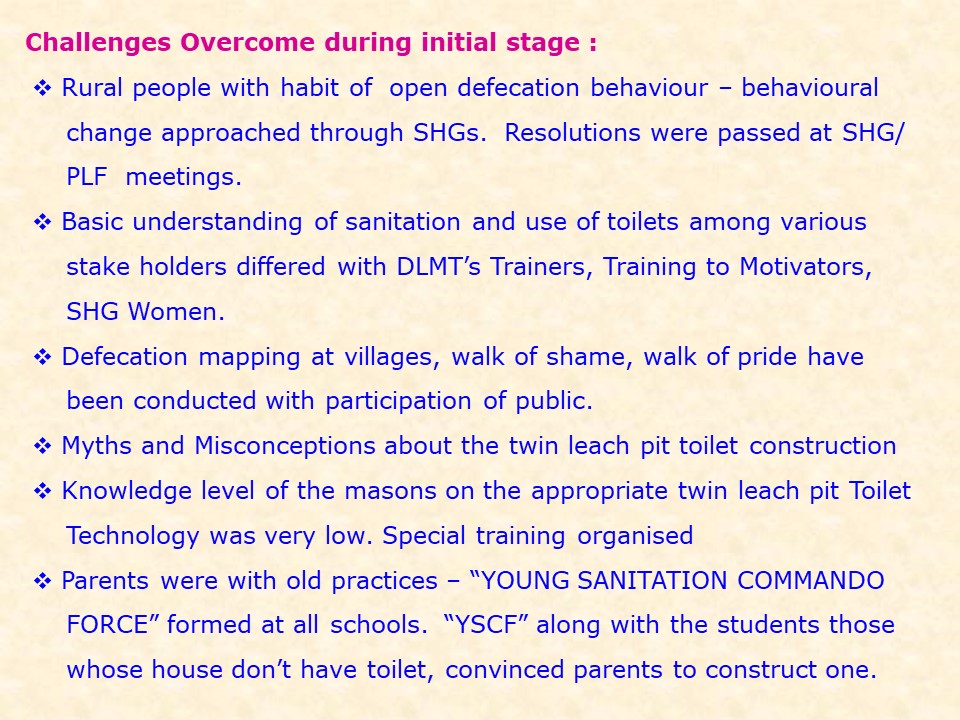 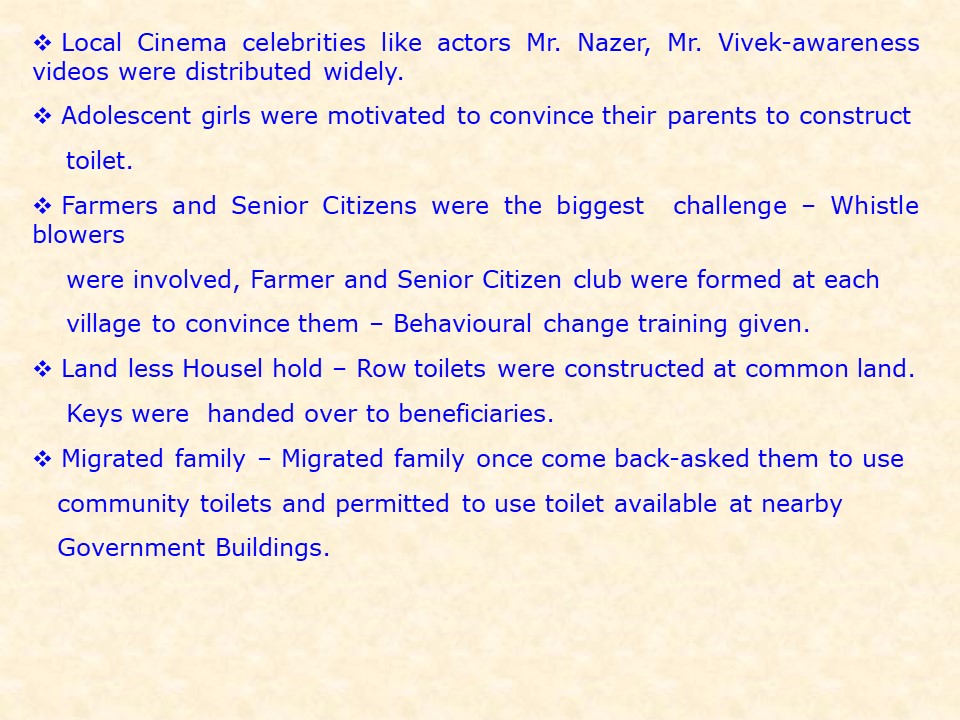 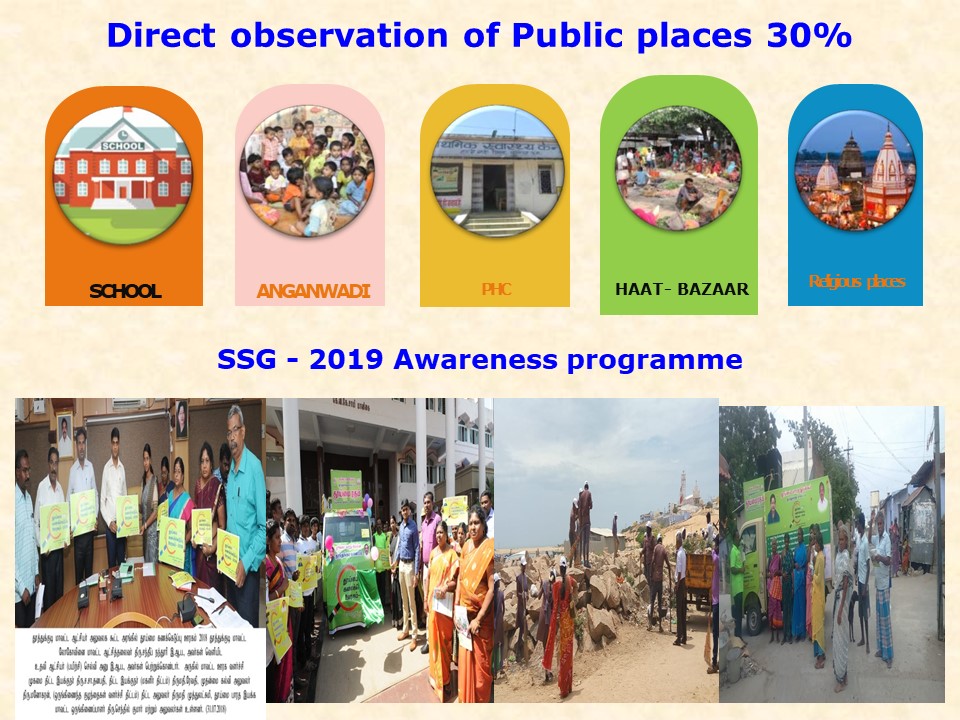 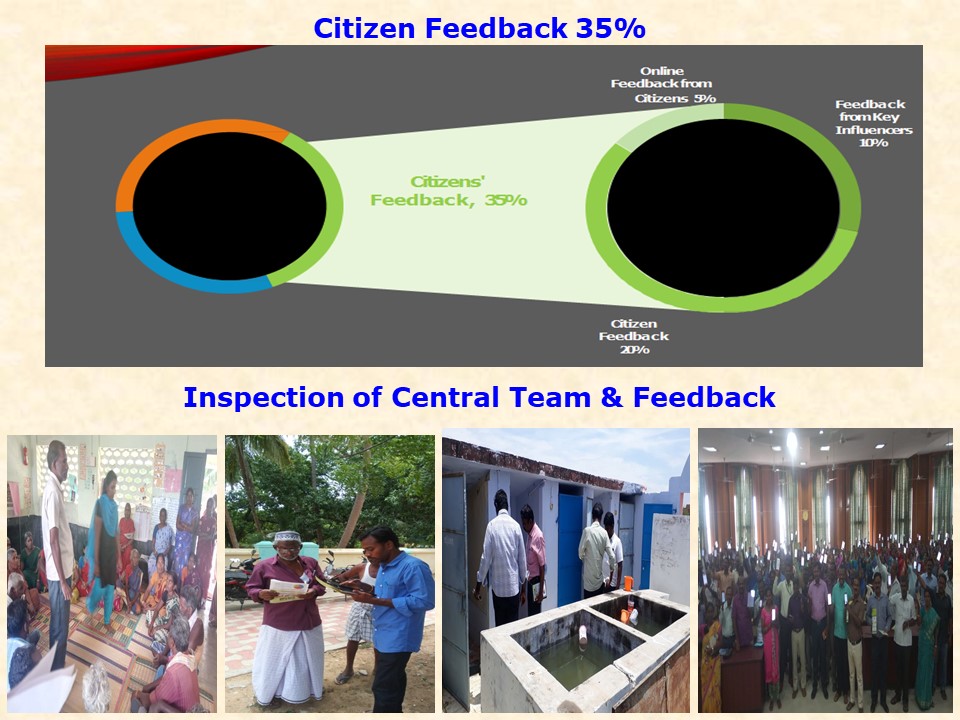 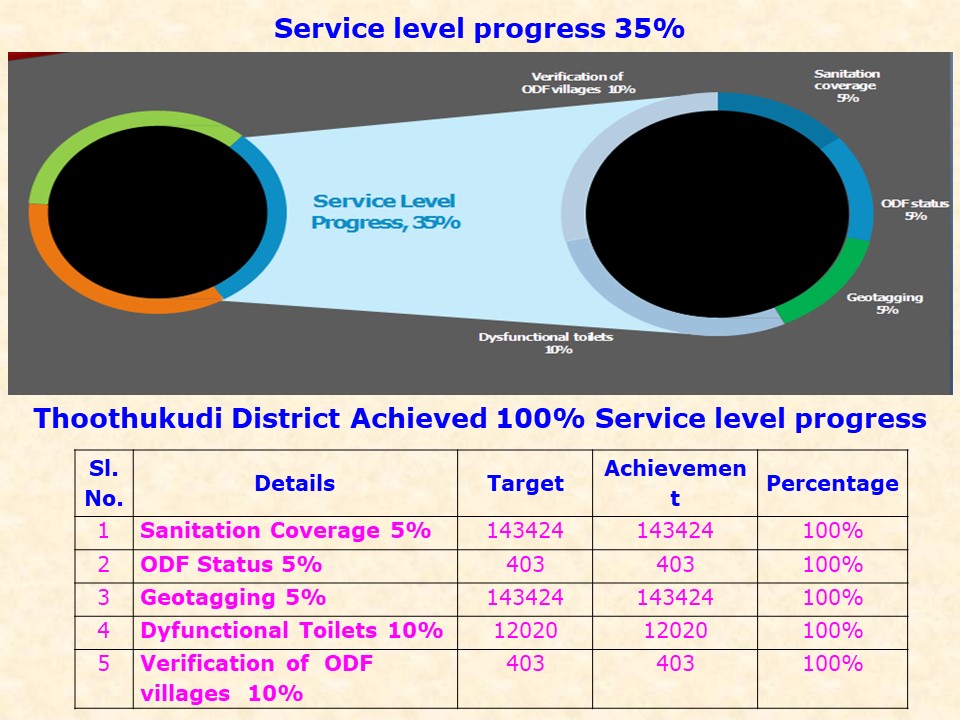 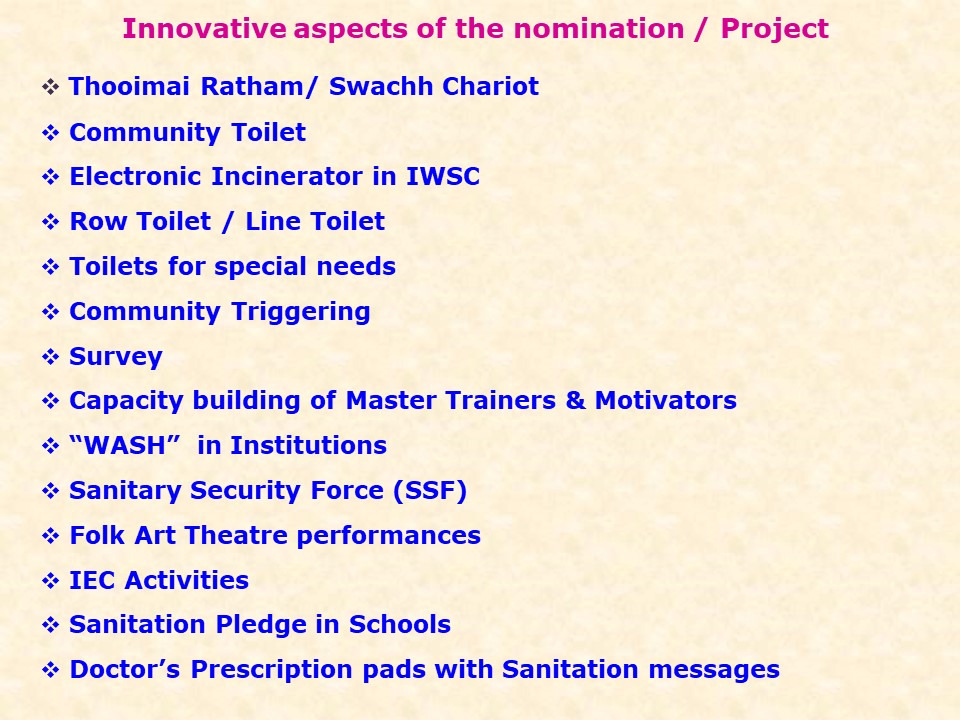 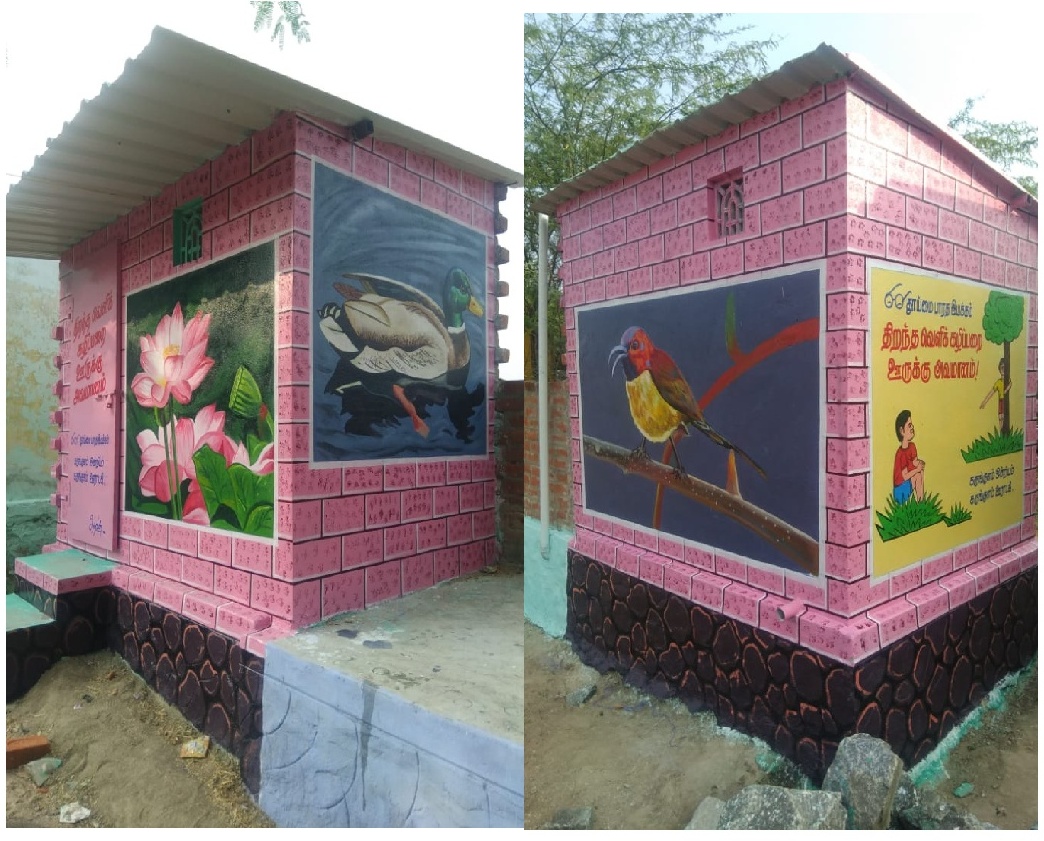 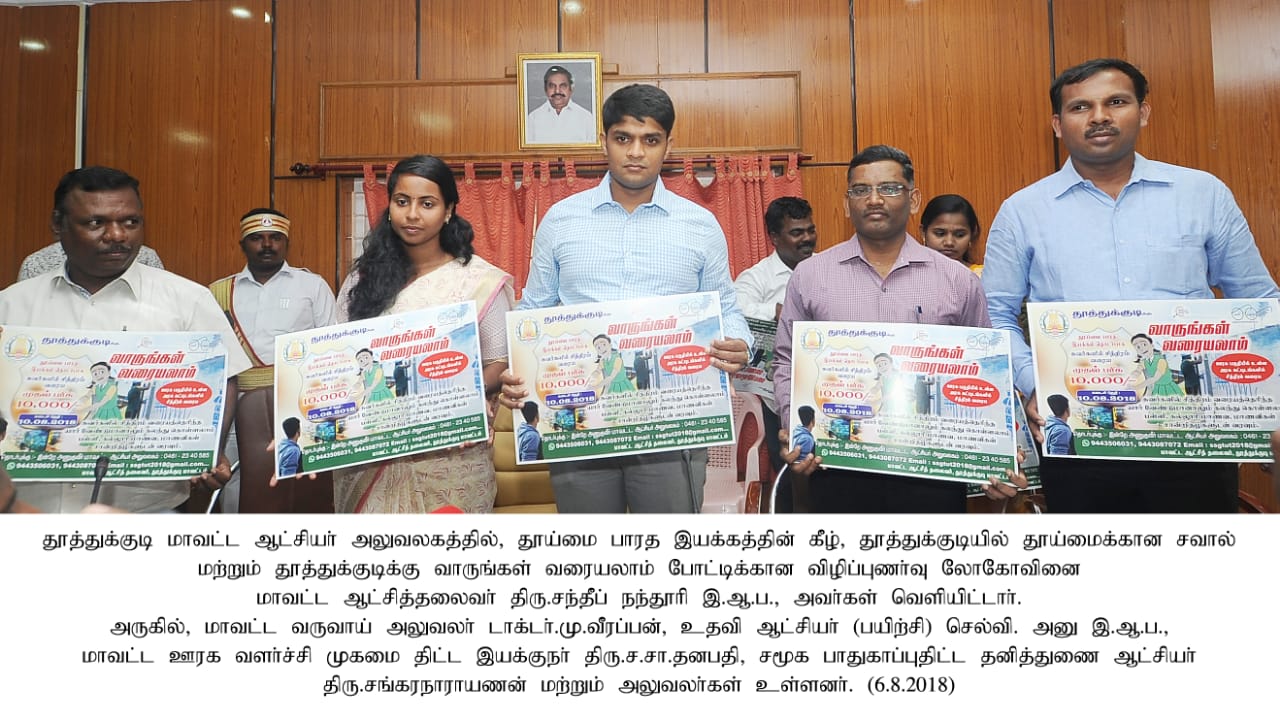 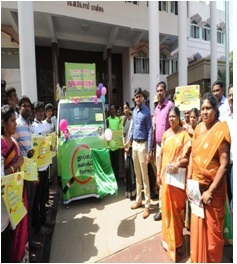 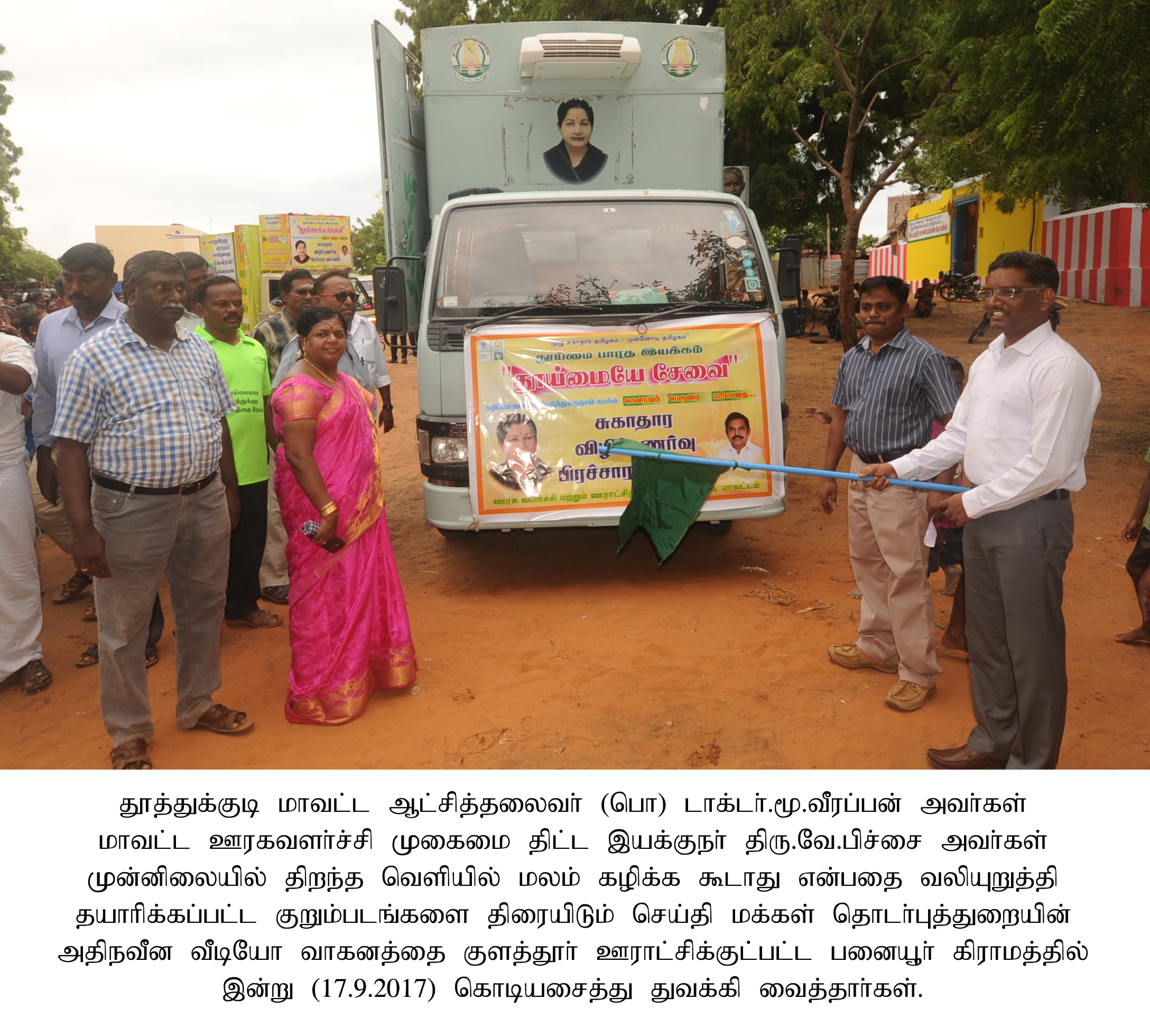 Thoothukudi also known as Tuticorin District, in Tamil Nadu is spread over 4,745 km. The total population of the district is 17.50 Lakhs. The literacy rate of the district is 86.16 per cent. In Thoothukudi district, 146 out of 403 Gram Panchayats and the whole of Tiruchendur Block were declared ODF in 2015. This is the highest number in all the districts of South India.

Thoothukudi district has 12 Blocks and 403 Gram Panchayats with 436 active Sanitation Motivators (Swachhagrahies) and 2,52,735 Individual House Hold Latrine (IHHL) were build, with in a short period of time with the full support and committed works of district SBM(G) team and with the convergence of all line departments.

Tamil Nadu 2023 vision of Chief Minister included to make the state “Open Defaecation Free”. This was announced during the budget speech in 2015-16 that 15-lakh Individual Household Latrines (IHHLs) will be built in rural areas.

In the year 2016-17, Thoothukudi selected 110 GPs to declare ODF. At the same time 127 GPs and the entire blocks of Udankudi, Sathankulam and Azhvarthirunagari are declared ODF. 100  per cent toilet construction were completed in the above said GPs and it becomes Total Sanitation GPs. In the year 2017-18, the district selected 130 GPs to declare ODF.

As target fixed, 130 GPs Thoothukudi, Karungulam, Srivaigundam, Kovilpatti, Kayathar, Ottapidaram, Vilathikulam and Pudur blocks were declared ODF. 100  per cent toilet construction were completed in the above said GPs and became Total Sanitation GPs. Within Four years (2013-14 to 2017-18), more than 170,000 IHHLs were constructed. In the special Gram Shabha meeting held on 25th Sep 2017, all the 403 GPs of Thoothukudi district was declared ODF, resolution passed and report submitted.

In Thoothukudi district, All the 403 Village Panchayats have been declared as ODF Village Panchayats on 2 October 2017 and thereby Thoothukudi District (Rural areas) has been declared as First ODF District in Tamil Nadu for the year 2017-18. The district has been progressive in ODF status and was ranked 2nd in South Zone and 7th position in National ranking in Swachh Survekshan Grameen – 2019.